This week we’re lucky enough to have a guest blog from Laura Bessell ACA, Group COO at Argonon.

People often find it unusual that I chose to become an accountant: “You don’t seem the boring type”, they tell me. Well, it may surprise you to learn not all accountants are boring and that I have had, and am still enjoying, a very exciting career from making that choice.

I didn’t always want to be accountant. My favourite subject was always maths, but I was quite an all-rounder. When it came to choosing my A Levels I was adamant I was going to study medicine. I had dreams of becoming a forensic psychiatrist and profiling murderers, so I chose Maths, Chemistry and Biology. I found Chemistry difficult and ended up getting the right grades in the wrong subjects for my medical school offer. I decided to take a year off and to think about next steps and maybe doing something business related.

During that year off I organized a party for 200 people which made me £900, worked in retail, travelled Australia and worked in France. The breadth of experience from that year off really helped me in searching for jobs when I left university, as I had come across so many different issues and problems.

In the Summer of my second to third year an university I worked for Price Waterhouse Coopers on a placement scheme, the main aim was to earn as much money as I could, to travel to Mexico. When they offered me a job for after I finished university, I didn’t know what to do. I had never wanted to be an accountant – it seemed far too boring. In the end I decided to take it and try it.

I am not going to lie. I had moments when I wanted to quit. It was hard work, boring at times, and long hours. I worked in the audit department which offers an amazing insight into a variety of industries and fantastic generalist training. But clients don’t necessarily want you to be there and I worked extremely hard. After I qualified as an ACA I stayed a year, as I was working with good clients and had a lot of senior level exposure.

After a year I decided it was time to spread my wings to industry and I joined Sky as I was keen to focus on Media. It was a great year and half learning about the sector, but I wanted to influence more, and so I left to join a small start up company, Shed Media (television production company). At the time it was making Footballers Wives and Bad Girls, and was made up of 10 permanent staff. In the 6 years I was there as second in command to the CFO, we grew from 10 of us to 400, turning over £120m, buying 5 companies (including those that made SuperNanny, Who Do You Think You Are? New Tricks) and we went through two failed management buy-outs, before selling to Warner Brothers. During this time, I also managed to have 2 children.

After this 6 years I felt I had reached a plateau and I took on a Finance Director role for a PR company and also became heavily involved in operations and restricting.

So this takes me to today….. In 2013 I started working for a company called Argonon (Television Production). I am responsible for Finance, HR, Legal, International Sales, Post Production, IT and overall operations. I am a Board Member and heavily involved in the strategic direction for the company. Since I have been here we have acquired 3 companies, and set up 3 joint ventures. We have doubled our turnover to £50m this year and profit has grown at a multiple of 5. We have offices in London and New York and make 100s of hours for Broadcasters annually across the globe. My ambition is to work to continue this growth and lead to an exit. 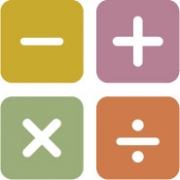 Crossing the Chasm from Primary to Secondary School

Making a difference as a private tutor 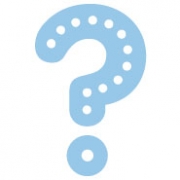 The Stigma of Private Tuition
Scroll to top