I recently put a very popular post on Facebook, congratulating Lewis Hamilton on his 4th Formula One World Championship win. It was an amazing achievement for Lewis and for his support team.

It was this latter point that started me thinking about where champions come from and the journey they take en route to success.

It’s well documented that Lewis started his journey to F1 in karting. In fact, it started earlier than that, at just 6 years old. Having received a radio-controlled car as a gift, it wasn’t long before he was competing against adults in the radio-controlled car world championships.

It was from here that Hamilton’s father wanted to see if the talent and enthusiasm translated to karts. It did and from here Hamilton progressed through karting, into the Junior Yamaha series and made his way into the McLaren programme for young drivers.

Continued success ultimately took Lewis to F1 and we all know the rest of the story so far.

As you can see, Hamilton’s success is built on long-term support, application of knowledge and a fierce will to win. It’s also fair to say that without his father’s own competitive drive and willingness to provide opportunities for Lewis, none of this would have happened.

It was no fluke. In order to support the costs and to orchestrate the early years of Lewis’ career, Hamilton Senior was working three jobs whilst supporting his family.

For me, it’s proof-positive that as evidenced in Malcolm Gladwell’s book, Outliers, nobody makes it alone. Gladwell also goes on to discuss how to become truly expert in a given subject or endeavour, it takes 10,000 hours of practice. This itself was based upon research by K. Anders Ericsson who’d been studying how people become experts in their field.

Of course, it isn’t only the time put in by way of study and practice. There usually needs to be an element of natural talent to be nurtured into truly outstanding superstardom. It’s also true to say that not all practice is created equal. To really count, the 10,000 hours need to be focused, meaningful and deliberate time spent on the task at hand.

When it comes to education, what this says to me, is that we put our children through schooling and they amass their hours. Yet, are they the focused, deliberate hours needed to excel? I would argue that natural ability aside, too many of the hours school are spent essentially going through the motions (or curriculum?). The same could be said of homework. The volume alone means working to get through it often overrides enjoyment and in-depth engagement and stimulation.

This is not a slight against schooling! It’s simply a fact that in most environments, it’s impossible to apply a tailored individual focus. Just as it’s impractical to expect anyone to be helping students with their homework every night. It isn’t down to lack of care or effort, more one of circumstance.

I firmly believe that this is an area where private tuition makes a vital difference to the effort being exerted by a willing student. It provides a focus and purpose to study, providing the deliberate practice needed to excel.

The truly wonderful part for me, is that private tuition, and the focus that comes with it, applies not only to the naturally gifted. Taking a struggling student from average at best, to very good is a gift in itself. Of course, being able to take a very good student to true excellence is also extremely satisfying.

In both instances, the student is the star. Their own Lewis Hamilton if you like. At MST, we’re part of the extensive support crew in a student’s life. Parents, school teachers, extra-curricular activities, all working together for the best outcome and opportunities for the student. For your child, from a parenting perspective.

My parting thought on this subject is this: For most students, the effort and the hours are going to be put in anyway. Why not make them truly count?

From Kevin the Teenager to Motivated Student 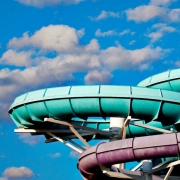 Preventing the “Summer Slide” with Online Courses for Students