Did you know that the American inventor, Thomas Edison, was responsible for registering over 1000 patents? Although most people will know him for inventing the light bulb and how it took 10,000 attempts to get it right. It was in considering his story recently that I was reminded that it’s OK to fail at things.

Arguably, one hasn’t failed until one has given up trying to succeed. This certainly seems to be Edison’s mindset, for he is famous for saying he didn’t fail, but found 9,999 ways that didn’t work!

Closer to home, most households will be familiar with James Dyson, the British inventor responsible for Dyson vacuum cleaners. Now a multi-millionaire as a result of his tremendously innovative and successful products, Dyson was also no strangers to failed attempts, and lots of them.

Prior to his breakthrough with his Cyclone vacuum cleaner in 1993, Dyson had produced over 5000 prototypes. Not only that, but it took 15 years to get to a near-perfect product.

It may not come as a surprise then, that Dyson views failure as an essential part of both creativity and of ultimate success. The way he sees it, if one succeeds first time, there simply isn’t a need to think creatively about solving problems.

In fact, in Dyson’s eyes, failure is to be encouraged. Part of his unusual process to product creation is to deliberately start and what logically is the completely wrong place. Why might this be? To discover things others would never see because they stuck to conventional thinking.

As someone who was no stranger to wrong moves in my own educational past, I can tell you that failure does not mean the end unless you wish it to be so.

I got my early GCSE exams horribly wrong, but with persistence and no small amount of guidance, I ultimately gained a PhD from Cambridge University. If I’d chosen to quit, I simply cannot imagine how my life would be compared to my current lifestyle.

Of course, in my role as a private tutor I spend my time helping students achieve success. Every year I work with students who come to me after they’ve had their confidence knocked by an exam failure. Whilst getting it right first time is ideal, resitting exams is not the end of the world. Failure in certain tasks is a fact of life.

When you stop to think about it, the whole point of exams is that not everyone will pass with flying colours and some will inevitably fail.

One might say it’s a rite of passage. Everyone must fail at something at some point. It’s how you recover from that failure that counts.

When should I start preparing my child for 11+ interviews? 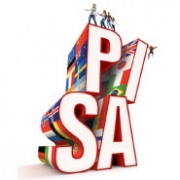 Optimal revision - It's about balance

A Level Studies - Mind the Gap

Things to do: Halloween and Fireworks Night