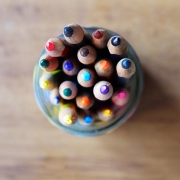 I wasn’t prepared for the worry that went along with having a child. The joy. Yes. The new level of Love. Yes. The frustrations. Absolutely! But the constant worry? That came as a bit of a shock. Every emotion I feel, every experience I have with my child, is accompanied somehow with worry. Sometimes just a faint beat of it and sometimes an overwhelming scream of it! As soon as you conceive the worry begins…. Well in truth, I am a natural worrier, so that’s not entirely true – but I suppose I mean my worry became focused; specific and constant on this little creation.

Even now I creep into his room (he is nine by the way) just to check he is breathing and to watch his chest rise and fall. When I watch him playing football my heart switches between overwhelming proudness and these shocks of unbearable worry that he will get injured.

So it was only natural that I would have some worries about him when it came to school. I knew socially he would be fine but I had a few unspoken concerns when it came to his academic abilities. My son was naturally creative but struggled with maths, just like me. His teacher had gently, yet consistently, reminded me of this fact during parents evenings, but if I am honest I had not let this fact bubble into a full blown worry as he was happy going to school. It was only when he came home after a maths test last summer, visibly upset, I really took notice. He told me he’d “done bad on his test” (I bit my lip here – there is a time and place for grammatical corrections!). It was the first time it struck me that he cared about his results. He didn’t want to just accept maths was not his strongest subject. He wanted to understand the language of mathematics like he understood letters and words. He wanted algebra to be as natural as the alphabet was to him! This therefore, marked the point where it was time for me to find some way to address this for my boy. I gave him a hug and told him I would have a think (and a worry!) about what I could do to help.

I spoke to his teacher, who clarified, yes he was a little behind, yes maths did not come naturally and perhaps I should consider doing additional work at home with him to get him up to speed; a suggestion which was not viable due to my lack of maths skills (I think I would have just stressed my son out with my own frustrations and then blamed myself if he didn’t improve!). I asked what support he could receive at school to which I was curtly told that only children who had a statement of SEN had additional help. There was no suggestion that the teaching could be adapted or additional time given to explain things, it seemed it was my responsibility as his parent to resolve this or he would be left behind.

So I got researching: local maths clubs (there were none locally to us), maths apps (even I was amazed at these but I wasn’t comfortable with the lack of…well, of a human!), I even joined a maths forum (there are some beyond bright people on these!) and asked for advice on there…and that is when someone suggested I look for a private tutor specialising in mathematics.

To be honest, this was not really something I had considered before. We send our children to school thinking they will get what they needed educationally. You don’t expect to subside this with sides of extra teaching. But then the idea also didn’t seem that odd either. When you consider the number of pupils versus the different abilities in each class and add that to the fact there is only one teacher to spread a certain ‘blanket level’ of teaching across them all – it makes perfect sense that some children would need additional help in certain areas.

When I found Muhammed’s site https://mathematicsandsciencetuition.com/ I will admit that I fell in love a little bit! His smiling face put me instantly at ease. This was what I was after. A real person! Many of the sites I had found had been impersonal with shutterstock images and phone numbers directed to a call centre. Here was someone I could contact directly. Speaking with Muhammad further eased my worries as his passion for maths and for teaching were obvious.

My son has been seeing Muhammad for over a year now and his confidence has grown massively in all aspects of schooling. He enjoys his lessons with Muhammad and that was really important to me. Muhammad makes maths fun and injects his pupils with his passion, and although now my son is up to speed with his maths, he has requested to carry on with Muhammad – not because he needs to but because he wants too – and who am I to argue with that?!

So, you have had a little insight into the sum of my (never-ending) worries but at least parts of that sum can be relieved sometimes with extra help – and that is how I view tutoring. I am not a pushy parent as some may think, in fact, I am quite the opposite. I strongly believe in children finding their own way. But I also believe in supporting your child where you can, when indeed they want to accept that support, and sometimes as parents we are not qualified for this. I can guide my son in life but I certainly can’t help with multiplication! Sometimes we need to ask another person to help. Tuition has been the missing part of this particular puzzle for my child. So at least my worries are minus one…for now!

By Mrs A (a very grateful parent) 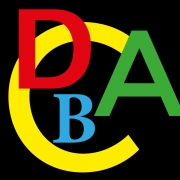 Is “Average” the ultimate goal for schools?