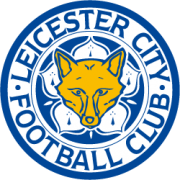 Absurd. Astonishing. Amazing. Unbelievable. Remarkable. These are just some of the words that describe Leicester City’s recent Premier League win. But, impossible? No. As their manager Claudio Raniero said when he wrote in The Players’ Tribune, “This is a small club that is showing the world what can be achieved through spirit and determination. Twenty-six players. Twenty-six different brains. But one heart.”

Previously plodding along at the bottom of the Premier League, at risk of relegation, they were thought of as failures; people didn’t take them seriously. Even the bookmakers’ odds last summer on them winning the Premier League were 5,000-to-1. Can you imagine how those players felt when they ran onto the pitch facing a top-notch club? Knowing that no one believed in them? Their focus at the time must have been to simply get through the match. Not win it. And this is how I think a lot of my students feel about their schooling and exams. Their focus is on the finish but not on the win. Why?

In my work as a tutor I see many children who have convinced themselves they are bad at maths or science or they are unable to do it. This most certainly comes from the fact they do not have the time in the classroom to repeat things, which leads to misunderstanding of the subjects, then bad marks, then frustration, anger and finally disengagement. If you have no fans cheering you on, or no Raniero believing in you why would you keep heading back for failure? It is hard to have belief in yourself when you have not seen success.

Like Raniero I believe nothing is impossible given hard work and determination. I am testament to this. I went to a rundown school in Moss Side where I failed all but two of my GCSEs. But a few years later I was doing a PhD at Cambridge. This turnaround was due to a change in my focus and the desire to challenge myself but also from an inspirational physics teacher I met when doing my resits. He believed in his students and made the subject engaging. I wanted to learn and succeed because I was interested. And when I began to see good results my confidence grew and my attitude changed. I believed I could achieve and I knew the measure of work this would take. It was never easy but I persisted, as Leicester did. Once you taste that success you fight for it.

I tutor my students with the passion and care for science and maths I developed all those years ago and I think this hooks them in. They begin to see these subjects more clearly and realise formulae can be their friends! They become more engaged, more animated and excited about learning them, which leads to better results for them. I believe in all my tutees. I believe they can succeed which spurs them on.

So if you are a student, or a parent of a child who is struggling, remind them of Leicester’s success. They were the underdogs, the unlikely winners, the team not many took the time to support. But with belief, hard work and determination they smashed everyone’s expectations. Nothing is impossible!

Apply the spirit of Leicester to your studies and you too can come up trumps!

If you feel tuition could help your child gain the confidence of a premiership player in a subject they are struggling with, then contact us on ma@mathematicsandsciencetuition.com