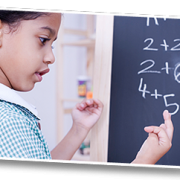 If you’ve ever wondered about the role of Mathematics in the real world, you’ll enjoy this article.

An article by Dr. Jamal Uddin, University of Birmingham

What is the relationship between determining whether your cereal remains crunchy and does not become soggy when lying in a bowl of milk, making chocolate Easter eggs, or in producing a uniform coating on your plasma TV screen or even determining the size of harmful pathogens in a sample of blood? The answer, and perhaps rather surprisingly, is mathematics. These are only a sample of problems that utilise the vast power of mathematical modelling. Almost every industry you can imagine will at some point require specialist mathematicians who will be able to simulate the problem at hand and produce answers to questions, which at times, are almost impossible to answer through experiments. A case study helps to identify exactly what mathematicians do and I have chosen this one as it is related to some of the work I am involved in.

Consider the problem faced by producers of ink-jet printers which is a multi-billion pound industry. The most common application is printing sheets of paper (and almost every household and office usually has one of these) but more exotic printers exists that can fabricate microchips and other electrical devices. The big question faced by such industrialists is how do you control the size of droplets produced from a tiny nozzle. Now the breakup of a liquid jet is actually a rather common occurrence and we witness this almost on a daily basis. When you turn your kitchen tap on slowly you see a column of fluid emerge which eventually breaks up into droplets. This idea is utilised in forming jets from nozzles which then breakup and form droplets. The nozzles are usually very small (sometimes the width of a human hair). However, the best printing companies want to make sure that the droplets produced are consistent – that is that they have the same size and so when they make contact with the paper or material to be printed produce a uniform pattern and hence good quality printing. This whole process is very complex and requires a lot of careful engineering expertise but the physical process itself is extremely complicated (see [1] and [2]) and understanding this process has proved challenging for well over a century. Indeed, the very first person to investigate this process was Lord Rayleigh who during the late nineteenth century developed a mathematical model to work out the size of droplets produced. Rayleigh’s work showed that droplets will form approximately 9 jet radii lengths apart along the jet -so the smaller the nozzle the smaller the droplets and space between droplets too. Almost 150 years after Rayleigh’s work the complexity of this problem is yet to be solved and a number of fascinating applications have opened up including the production of compound droplets which are droplets encased in another droplet. These have some interesting applications including the production of capsules which have an outer shell which can be used to mask flavour or provide a protective outer coating so that in pharmaceutics such capsules can be used to produce slow releasing drugs to the body (see [3]).

My own research is now connected to working on fuel cell cars, modelling particle collisions in food manufacturing and crowd flow dynamics. Mathematics is not simply a collection of problems about finding ‘x’ or pie charts it has real world applications and almost all the cutting edge research taking place will have some mathematics associated with it.

[2] Uddin, J., (2007), ‘An investigation into methods and techniques to control break up of liquid jets’, PhD Thesis, University of Birmingham.

When should I start preparing my child for 11+ interviews?