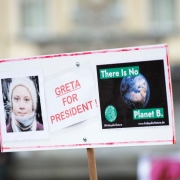 This Sunday sees International Women’s Day 2020 and what a shame it falls on a Sunday. OK, I do understand that it’s always on the 8th March, but wouldn’t it be lovely if schools and employers were able to recognise it ON the day and to drive home the message of equality?

It’s all too easy to ignore it or focus on something else, especially in the current fervour around Corona Virus (Covid-19). It seems like a missed opportunity to me.

I was surprised to see that the first International Women’s Day was back in 1911. I was also a little disappointed to see that the UK was rather behind the curve in adopting the day and in recognising women’s rights in general.

“International Women’s Day (March 8) is a global day celebrating the social, economic, cultural and political achievements of women. The day also marks a call to action for accelerating gender parity.”

I’m a strong supporter of equal rights and opportunities. As the father of two young daughters, I don’t want this issue to be something they have to give a thought to as they grow into strong women.

As a tutor, I see boys and girls from all walks of life most days of the week. It’s heartening to see that most girls, like their male counterparts, seem not to give thought to them and us. They simply play what’s in front of them, to use a sporting analogy.

It’s no secret that girls have seen increased academic success, and in some areas leave boys trailing far behind. I’ve personally witnessed a growth in confidence, ability and ambition in recent times, which is wonderful to see.

What remains to be seen is if this prowess within academia can be translated into career success and more women in boardrooms.

My hope is that in the very near future, we can celebrate women for who they are, what they do and their unique and marvellous traits. That seems much more fitting than what should be mundane equality. One could argue that the true sign of equality is when days such as IWD are unnecessary because we are treated the same, regardless of gender, creed, etc.

I encourage my daughters to be themselves, to set their sights high and to aim for the stars. As they continue to be a force of nature, I pity the glass ceiling that attempts to stand in their way!

Ema Gaywood
23:15 13 Aug 20
My daughter chose Maths as one of her A level subjects. She has always been good at Maths, really... enjoying it, secured a very high GCSE grade in Maths and Further Maths so taking Maths for A Level wasn’t even a question for her. Sadly, she had a very bumpy time in Year 12, huge staff turnover that meant she got a poor end of Year 12 mark. As a result of that, she began to dislike the subject and wanted to give up. We decided to try and find a tutor to help her get her love and confidence back and came across Muhammad’s web page. After careful discussion with her, she agreed to only have one lesson with Muhammad. When she came home, she was absolutely beaming and wanted to carry on. As Year 13 went by, her confidence came back and her love for Maths grew stronger. Her results improved immensely and she believed she finally believed she was good enough to secure a high grade in her exam. Sadly, due to Covid, the exams were cancelled but she still completed the course with Muhammad and was rewarded an A in Maths! She is very proud of herself for working hard and taking every bit of advice from Muhammad seriously. We can’t thank Muhammad enough for all the help, encouragement and support and cannot recommend him enough.read more
Next Reviews
World Book Day 2020