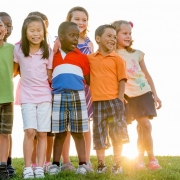 For several years I’ve been working to help more and more disadvantaged children to access high quality tuition. This has included pro bono work with The Access Project and also with AIM (Achieve, Inspire, Motivate) in Kent each summer.

In a departure from my usual 1 to 1 private tuition, I also offered group tuition and over the last year or so, this has included specific online maths and science courses covering a range of topics. Each of these has been deliberately aimed being as inclusive and accessible as possible.

As someone who came from a challenging background, it’s been part of my personal mission to help as many children as possible to achieve their dreams of academic success, social mobility and all that goes with it. I see part of my role as being able to show children (and some parents) what is achievable if one has options.

Recently we’ve seen a number of initiatives from the government designed to help children to access tuition which have failed on a number of levels. The first programme, The National Tuition Programme (NTP), is a good idea in principle, poorly executed. NTP was part of an announced £1.7Bn was used to provide additional tuition. However, as is so often the case, too much money was lost to middle men while overseas tutors were paid as little as £1.57 per hour for their services. No wonder schools and local authorities were up in arms!

In the last few weeks we’ve had the latest educational recovery plan debacle. As the plan went public the person leading it, Sir Kevan Collins, resigned due to lack of credible funding. The £1.4Bn was considerably smaller than promised and the available funds needed to cover teacher training as well as tuition fees. In other words, inadequate funding was further diluted and the programme has been met with derision in political, academic and union circles.

Regardless of one’s political leanings, it’s apparent that what may be good intentions consistently fall flat when it comes to implementation.

We’re talking about serious multi-billion pound initiatives, failing to deliver the help to where it’s needed most; Disadvantaged children.

It seems clear to me that the government-led mega projects are always going to leave more behind than they help.

With this in mind, I’ve decided to take a bolder step and take direct action. I will be making high quality tuition available to as many disadvantaged children that want it as possible. Yes, this will include pro bono tuition for those without the means to pay, and I’m also looking at a pay what you can model.

In the coming weeks I will be announcing a new charitable endeavour with the aim of changing the academic landscape, one pupil at a time.

Want to join the discussion?
Feel free to contribute!

Ema Gaywood
23:15 13 Aug 20
My daughter chose Maths as one of her A level subjects. She has always been good at Maths, really... enjoying it, secured a very high GCSE grade in Maths and Further Maths so taking Maths for A Level wasn’t even a question for her. Sadly, she had a very bumpy time in Year 12, huge staff turnover that meant she got a poor end of Year 12 mark. As a result of that, she began to dislike the subject and wanted to give up. We decided to try and find a tutor to help her get her love and confidence back and came across Muhammad’s web page. After careful discussion with her, she agreed to only have one lesson with Muhammad. When she came home, she was absolutely beaming and wanted to carry on. As Year 13 went by, her confidence came back and her love for Maths grew stronger. Her results improved immensely and she believed she finally believed she was good enough to secure a high grade in her exam. Sadly, due to Covid, the exams were cancelled but she still completed the course with Muhammad and was rewarded an A in Maths! She is very proud of herself for working hard and taking every bit of advice from Muhammad seriously. We can’t thank Muhammad enough for all the help, encouragement and support and cannot recommend him enough.read more
Next Reviews
How to find a good tutor in a post-Covid world